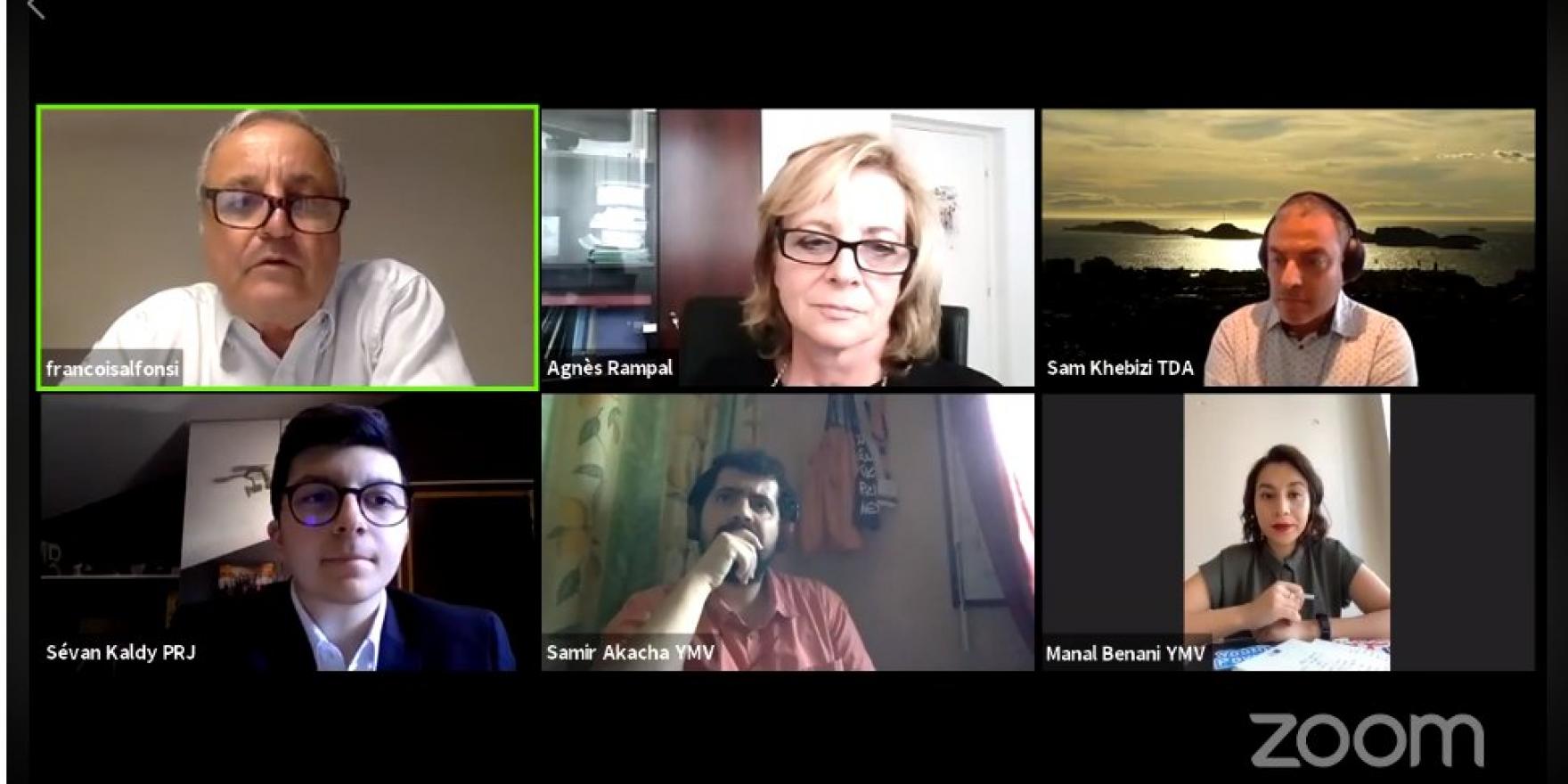 Young Med Voices participants argued for a policy perspective on the aftermath of COVID19. In addition to flagging the need for mechanisms to address parity on policy, programmatic & funding mechanism grounds as envisioned by youth. Furthermore, our participants called for scaling up best practices led by their fellow grassroots in countries of Mediterranean basin. Samir Akacha from France was critical of “public authority & open spaces for educating citizens on gender based violence”. While Manal was analytical on “gender quota vs political competencies & scope of youth influence on both country & region level”. They also advocated for utilizing the power of social networks & media, in institutional capacity, to model waste management addressing plastic pollution resulting from COVID19 crisis.

Festival was concluded by a musical festival broadcasted from Marseilles, preceded by workshops on: the First Virtual Young Artist Residency and another on AJCM plogging challenge (showcasing disruptive impact of COVID19 crisis on environment with ongoing dumping of personal protective tools in the Mediterranean).