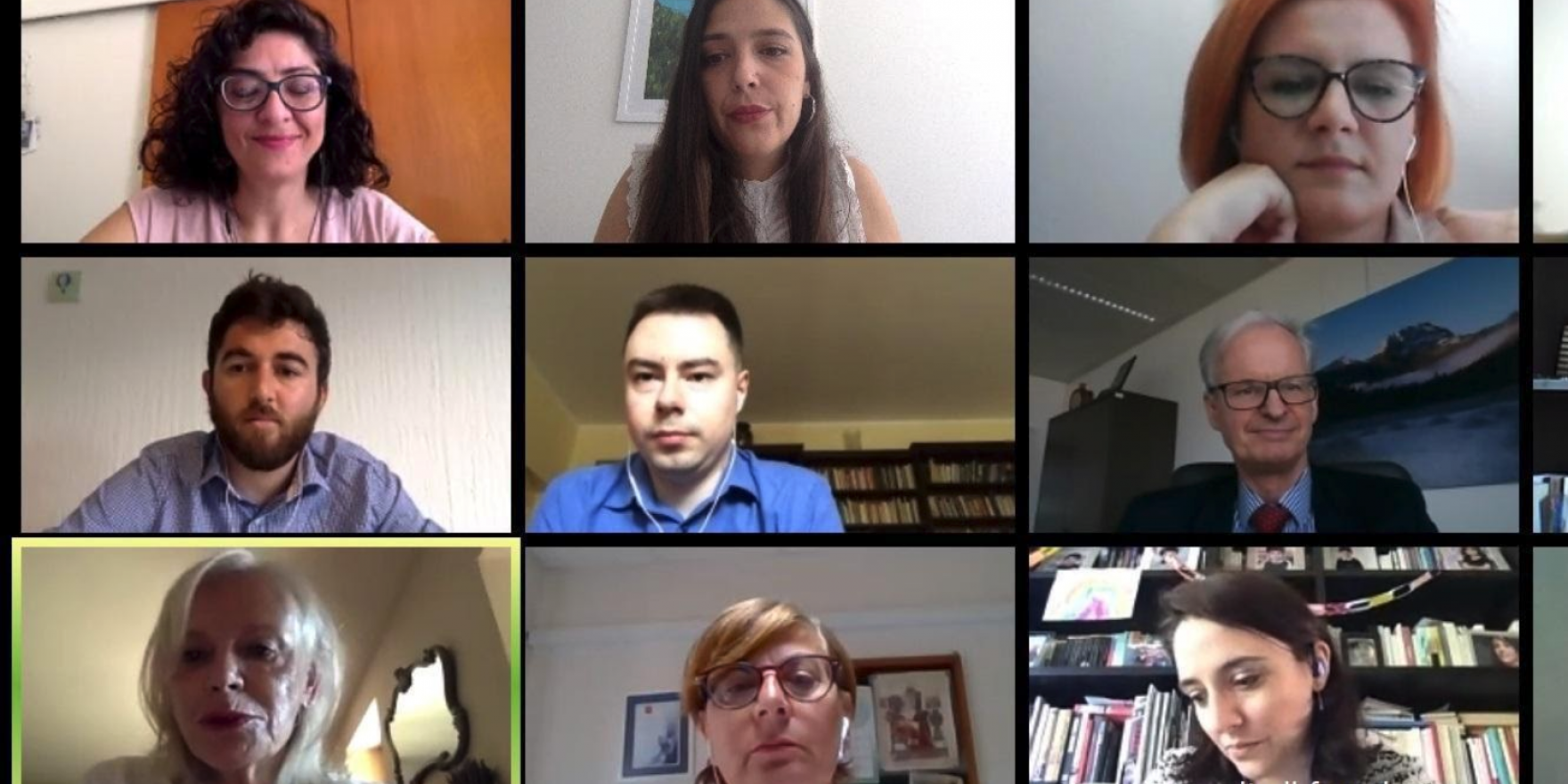 On July 7th 2020, delegates from the Anna Lindh Foundation’s flagship programme ‘Young Mediterranean Voices’ and from the European Parliament's ‘Young Political Leaders programme’, participated in a virtual discussion with EU High-level Representatives, including Christian Danielsson, the European Commission's Director-General for European Neighbourhood Policy and Enlargement Negotiations, and a Member of the European Parliament, Ilhan Kyuchyuk, Vice-Chair of the Delegation to the EU-Turkey Joint Parliamentary Committee.

This discussion was the third in a series of virtual debates, organised by the Anna Lindh Foundation in collaboration with the European Parliament's Young Political Leaders programme, aiming to factor in youth perspectives in the process of cross-cultural decision-making.

Young delegates from the Euro-Mediterranean and Western Balkans regions explored reforms focused on the importance of promoting media literacy amongst young people, supporting the safeguard of media pluralism and fostering reconciliation and facilitating intercultural dialogue. They suggested a number of concrete policy recommendations, focused on bridging the gap between youth, media and institutions.

“The European Commission supports the work of the Foundation and will ensure the necessary support for the Foundation’s future. Intercultural dialogue is essential between institutions, youth and civil society” underlined Christian Danielson. He also highlighted the need to address issues of media and digital literacy, fact checking and accountability.

Ilhan Kyuchyuk, MEP and Vice-Chair of the Delegation to the EU-Turkey Joint Parliamentary Committee, stressed the importance of fighting disinformation and fake news in order to protect and safeguard fundamental rights, such as media freedom. In this regard, he mentioned an initiative of the European Parliament to create a Digitalisation Committee to fight disinformation. He also underlined that the use of information and communication is essential to healthy pluralistic democracies, as well as to ensure mutual understanding among people and between cultures.

Ahmet, Young Mediterranean Voices from Egypt, stressed: “There is a need to create a youth-oriented Media Platform with the capacity to withstand the fast pace of information streaming and to connect and promote collaboration between today’s media landscape and: young artists, researchers, content creators, advocators, social media influencers and fake news checkers.”

Ariadna, Young Mediterranean Voices from Spain, underlined the need to “promote trustful media though common policies and regulation that respond to the needs of young people and enhance freedom of expression”.

The formulation of policy recommendations will take into account the inter-regional character of the group and will be disseminated amongst relevant stakeholders and policy-makers. While it is not currently feasible to organise face-to-face encounters, the Anna Lindh Foundation continues to explore meaningful ways to bridge geographic and cultural divides and to reach out to young people as agents of change.

They wrote:
"The participants all recognised the challenge of disinformation and shrinking independent media space. They stressed the importance of media, and social media in particular, but highlighted the crucial need for fact checking, accountability and education."
European Parliament
Read article