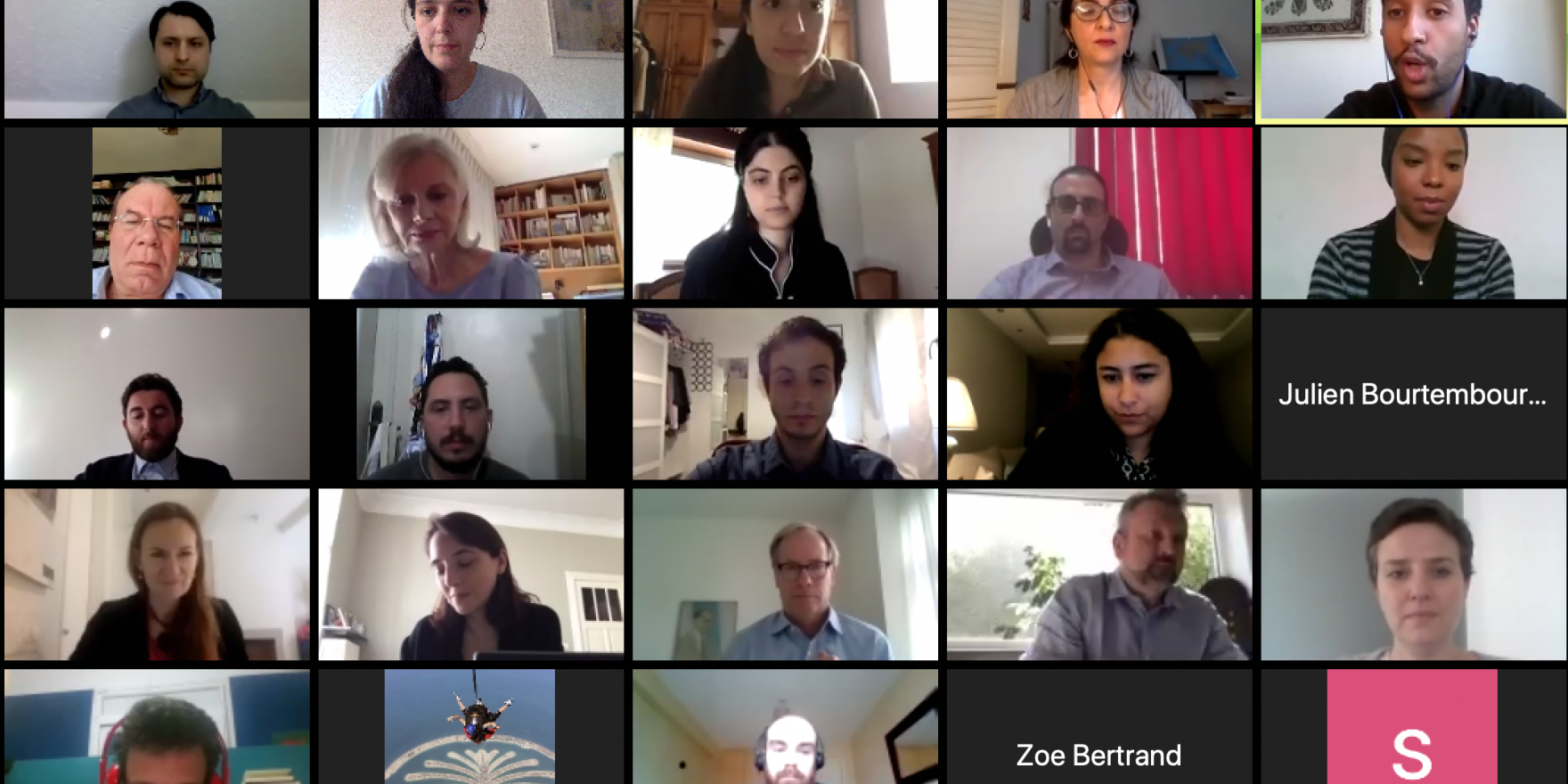 On 23 April 2020, the Anna Lindh Foundation and the EU Delegation for the United Nations, co-organised the first in a series of Virtual Dialogues, on Youth, Peace and Security (UNSCR 2250 2419), in collaboration with the European Parliament’s Young Political Leaders (YPL) and EU-supported Programmes: Young Mediterranean Voices and Erasmus+ Virtual Exchange. The Virtual Dialogue surfaced young leader's views from 7 different countries on both sides of the Mediterranean. Their recommendations were integrated in the EU Statement to the Security Council on 27 April, 2020, linked to the Security Council Open Debate on “Maintenance of international peace and security: Youth, Peace and Security”.

Young leaders highlighted their commitment to broadening their participation in the prevention and resolution of conflict, and underscored the necessity to incorporate their voices in bottom-up decision-making processes related to the Security Council’s youth peace and security agenda.

Scene-setters for the dialogue included: H.E. Mr. Olof Skoog, Head of the European Union Delegation to the United Nations and the Deputy Permanent Representative for France to the UN, Ms Anne Gueguen. Mr. Olof called for “international solidarity and intercultural dialogue to counter Coronavirus effects'' and highlighted “the need to find digital ways to engage young people in decision-making.” Mr. Olof also expressed his will to “support the Foundation’s work in the Mediterranean towards a better understanding of the region, to fight growing mistrust and polarisation”. Ms Gueguen underlined the risks of “insufficient investment in education'' and agreed with the demand for “support to youth-led dialogue initiatives''.

During the discussion, insights were provided on EU-supported Programmes for youth-led dialogue: “Young Mediterranean Voices” (co-funded by DG Neighbourhood and Enlargement Negotiations) and “Erasmus+ Virtual Exchange” (funded by the DG Education and Culture). Marjus Ceveli, Erasmus+ Virtual Exchange alumni from Italy, highlighted how this platform could strengthen the network of youth peacebuilders by facilitating a “safe digital space for intercultural exchange”.

The Virtual Dialogue provided the opportunity for young leaders to exchange their views with EU high-level representatives on how to be advocates for direct solutions, as well as to unlock incentives in youth work. Madame Elisabeth Guigou, and Mr. Nabil Al-Sharif, President and Executive Director of the Anna Lindh Foundation (respectively), underlined the Foundation’s support to empower youth as “drivers of peace and mutual understanding”.

“Young people are invited to fight war, but not to peace talks” said Hitham El Himmali from Libya, stressing UN's crucial role to inclusively engage youth in the peace-making process. Fatma Zahra from Morocco, highlighted: “African peace initiatives are driven by youth who believe they are drivers not subjects. There remains a need to overcome structural barriers and intergenerational gaps". Ammon Morag, European Parliament’s Young Political Leaders’ alumni, underlined the need to invest in unexplored “digital spaces and platforms” to engage hard to reach communities of young people.

They wrote:
Indeed, the EU Delegation and the Permanent Mission of France to the UN just hosted an exchange with young leaders from the Young Mediterranean Voices community to jointly prepare for this open debate. The discussion confirmed that young people are part of the solution and must be given the platforms and tools to deliver, including as regards their economic and physical safety. As summed up by a youth leader from Libya: “Younger people are asked to fight the wars, but when it comes to creating peace they are excluded”.
EU Statement – UNSC: Open Debate on YPS
Read article